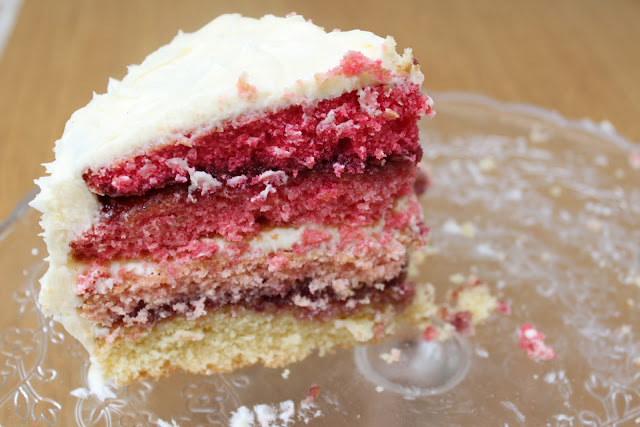 It's been quite a weekend in the Dine at Mine household. In celebration of my birthday and our first wedding anniversary, we threw the first proper party in our lovely new house. We hung bunting in our garden, and got out the barbecue for the first time. We bought bottles and bottles of booze, and bags and bags of food. And it all went off very well, lots of fun, lots of friends, but you know the best bit? After a mammoth, four day labour, my sister brought a whole new life into the world. A beautiful, perfect, suffragette-named, astoundingly gorgeous new niece life. All the rest of my news seems a bit feeble in comparison, to be honest. 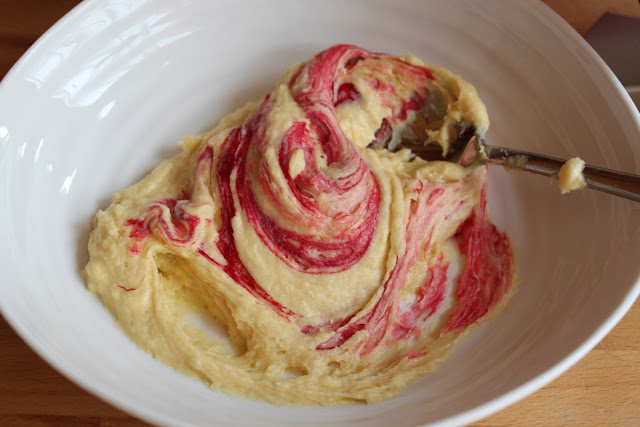 So to honour my sister's more than 80 HOURS OF LABOUR (which my brain - and other body parts - cannot even comprehend), this cake is dedicated to her. And to my niece. Even if she's not quite ready for solid food yet. 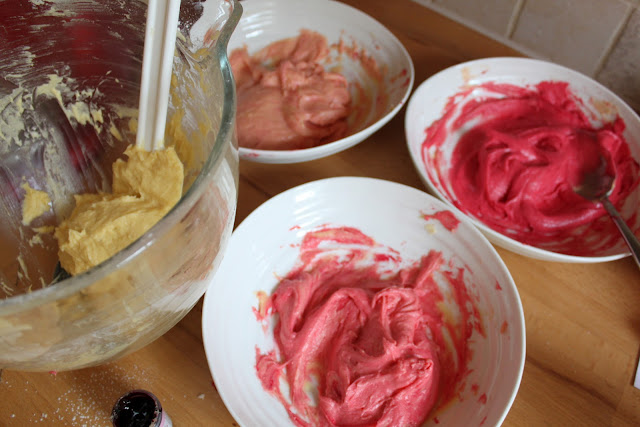 Before the baby made her grand entrance (arriving right in the middle of our party, the little drama queen), this cake was really just an excuse to play with food colouring. I'd spotted pretty ombre cakes like this around t'internet for a while, most notably on Pinterest (aka procrastination central). Then, just when I'd decided to make one for our party, up popped a post on Florence Finds where she had made exactly the cake I'd been planning. It seemed like fate. 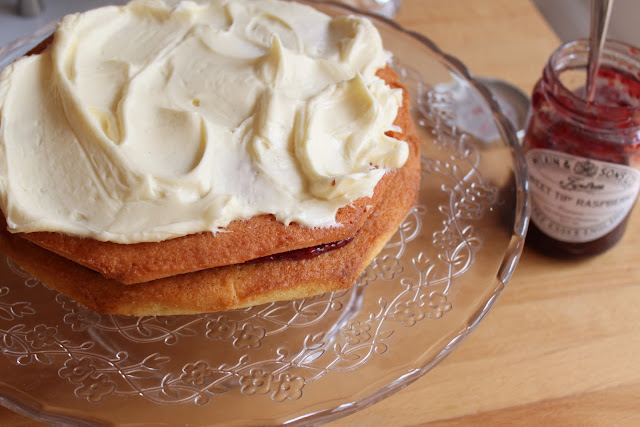 So I did it. I followed my recipe for Vanilla Sponge Cake with Double Cream Buttercream and Raspberries, with only one change - adding some melted white chocolate to the buttercream because, well, I like it. I divided the mix into four, played around with the food colouring and baked up four pretty pink layers, then filled them with raspberry jam and the white chocolate double cream buttercream. And it was brilliant! So much more fun than a normal cake and not at all more difficult. I'm totally sold. Look out, world, all my cakes will be multi-layered and multi-coloured from now on. 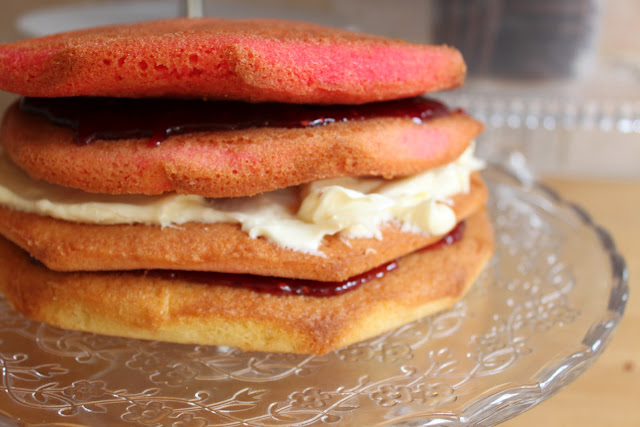 I have to admit, though, that when it came to the baking process, I thought I'd buggered it all up. You see, I only have two identical cake tins and when you're dividing a cake mix into four, there's very little to go in each individual cake. For the first batch of two, it was fine - I could scrape and spread and get the batter all evenly dispersed so that it rose into two perfect little circles. But for the second batch? Hmm, not so much. Due to time constraints I didn't have time to let the tins cool before using them again, but when I added the second two lots of cake mix to the hot tins, the mixture started to melt immediately, slipping and sliding all over the base and looking very disturbing indeed. I couldn't spread it, I couldn't even touch it - so I just chucked them in the oven, closed the door and hoped for the best. 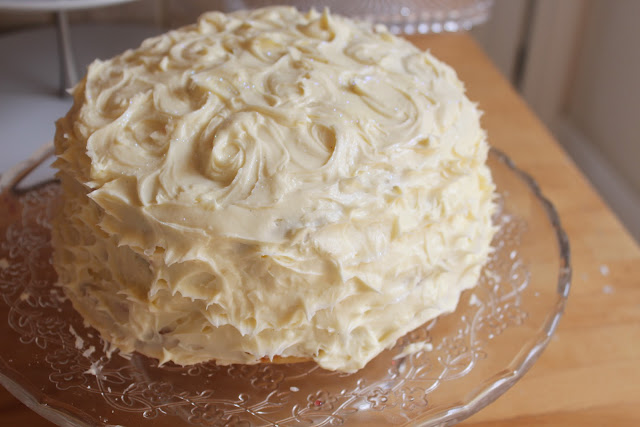 In the interests of full disclosure I have to admit that those two didn't come out perfectly (the mixture didn't cover the whole of the base of the tin so they were slightly wonky, not perfect circles) but you know what? Once layered up, and covered with icing, it was totally fine. So yes, cooling the tins between batches would be the sane way to go but it turns out, not the end of the world. And the end result was still more than good enough to welcome a new little girl into the world. I'm already looking forward to years of baking and playing around with food colouring, eating too much cake mix and licking out the bowl. After all, what are aunts for? I can barely wait. 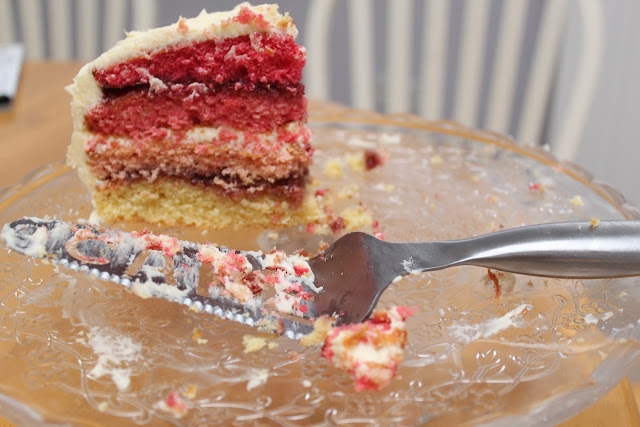 White Chocolate Ombre Birthday Cake
As explained above, this is my recipe for Vanilla Sponge Cake with Double Cream Buttercream and Raspberries, with only one change - melted white chocolate whipped into the buttercream.
Of course, let's not forget the most important bit - the food colouring! After making up the batter, I divided it into four bowls as evenly as I could without weighing it or anything, and then got out my pink food colouring. One I left untouched, then the others I just added drips and drops of colouring until I had three shades that looked different enough.
Posted by Alexandra at 20:34

Alexandra
You're invited to Dine at Mine, as I set the table for greedy eating, snacking and scoffing. Bonus points if you dress for dinner, bring a bottle or leave a comment. It's lovely to see you, thanks for coming! We must do this again sometime. 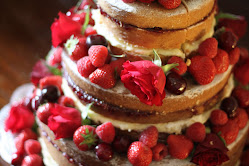 All the Posts, All the Time